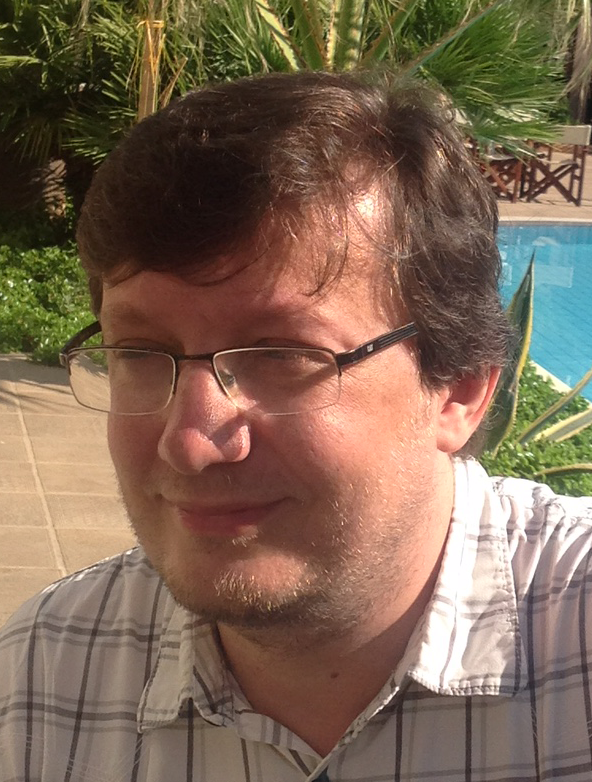 Introduce yourself briefly – who are you, and what do you do?

Hello. I am Vlaada Chvatil, and I do and always did games. Does not matter which type – board games, videogames, action games in terrain, even one gamebook.

Who is your biggest inspiration when it comes to designing board games? Does their influence show in your work?

Well, I am afraid I do not have any role models. I highly value many great designers and their work, but they do not inspire me. The games they made are awesome, but they already exist. I have no need to do similar games. What inspires me is unused potential, games that could be created but yet aren’t. And players. I am always inspired when I see players having fun with a game. It tells me my work makes good sense.

Ropecon’s theme this year is “friendship”. What does friendship mean to you? Does it show in your games?

For me, boardgames themselves are about friendship. It is about meeting people, spending time with them, having something in common. That’s also why I especially like party games and cooperative games.

When you start working on a new game, what comes first? The theme, the story, the mechanics, or something else?

However, it is the theme that is fixed first. Once I really start to work on a game, I can adjust or completely change the mechanics, but not the theme. Design of a game is filled with crossroads, and the theme always helps me to decide which road to take and try first – the one that fits best with the chosen theme. Changing the theme during the development would mean to scrap everything and start again.

We’ve heard that you don’t want to make games that have “backstabbing” elements. Why is this? Are there other themes you won’t incorporate into your games?

Rather than backstabbing, I would say I do not like ‘’take that“ mechanics – anything where you freely decide whether to directly damage another player and especially where you freely decide which player to damage. I am playing games usually with my friends. I hate that moment when I should decide which one of my friends I should throw a meteor on that destroys his forest, which one to give a boring uninteresting mandatory quest etc. It is especially stupid if I pay for such action – if I choose a role that can pay gold to destroy another player’s building, I damage both myself and that player, and everyone else benefitting from that. (Not naming any games, but those who play a lot might recognize some 🙂 ).

You may say it is the same as blocking another player in a worker placement game or taking a card of their need in a drafting game etc., but it is not. In such games (if done well), your primary goal is to do the action you benefit from. And the opponents have plenty of options on how to deal with it to minimize damage – to not rely on a certain action or card and to have plan B, making sure they play soon enough, taking the crucial stuff first etc. Against ’’take that“, the only defense in many cases is whining (’’why me, he has a much better position’’). I really do not see any reason to like these mechanics.

On the other hand, what I really admire is a positive interaction. A good example of this is Puerto Rico, I really love its mechanics. In that game, players take turns deciding which action to trigger – they get a bonus for the action they trigger, and everyone then performs that action. If the actions go in the wrong order for you, it may really hinder or damage your play. However, the beauty of this is when players are choosing an action, they usually take one of those most advantageous for them. That means if you want to play and plan well, you need to anticipate what the others will do. Thus, you need to see the game with their eyes – what is their play style, how they see their current situation, what they are trying to accomplish etc. Not to break their plans, but to adjust your own plans so when they will be doing the action that they think is best for them, it is also good for you. It is a highly interactive mechanic, and I really feel like I am playing the game with my friends here, not just against them.

You have created a lot of games that are very different from each other. Where do you get your ideas and inspiration from?

As a player, I love variety. I rarely play the same game again after finishing it, I love to explore and play lots of different games.

It is similar when creating games. It would be boring for me to do the same type of game again and again. A completely different game means better fun and more interesting a challenge.

Are you working on anything right now? Can you tell us about your future work?

I can split the board games I am working on into two categories. Those I do on my own, and I do not want to tell you about them, because I never know which one makes it to the final phase (and I do not want to make empty promises). And those I am doing on demand (someone asked me for a particular game), and for those, I am usually not allowed to tell you yet. Sorry. 🙂

So the only stuff I can really talk about are the games that are being published soon. At this moment, it is an expansion for the new version of Galaxy Trucker, and mostly one of the biggest projects I was working on yet – Codenames app for phones and tablets. We are putting a big effort into it. Besides many play modes (with friends, with random players or even solo), you can start your agent career in the game and climb the agent ranks – there will be lots to explore, unlock, collect, achieve etc.

What are you looking forward to in Ropecon 2022?

Although I am curious also myself, the most significant fact for me is that I am coming with my kids. My daughters love LARP and roleplaying. They were never at any bigger show (especially not abroad) and none of us have ever been in Finland. I believe it will be an amazing experience for them and a very good time spent together.