We interviewed Ropecon 2017 Guest of Honour Monica Valentinelli. She is a writer and game developer and has worked with big franchises such as Dungeons & Dragons and Firefly. Here she tells us about her work and gives us her perspective to the current themes in american game industry. 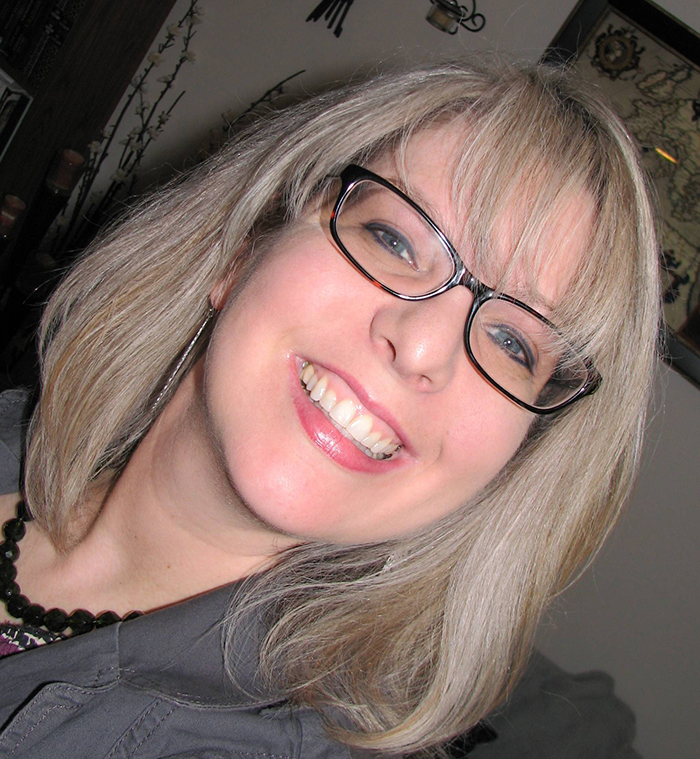 How did you end up working with games?

I studied literature at UW-Madison, and was looking for a way to write professionally in a creative field. I was actively gaming at the time, and was playing Orpheus and indie games like Little Fears, Conspiracy of Shadows, and Sorcerer but never really thought about writing for them until I saw a few open calls. I submitted a short story for Promethean: The Created called “Promises, Promises” which was published in White Wolf Game Studio’s spring quarterly, and submitted a writing sample to a small press publisher called Abstract Nova Press. My first gaming assignment was for an RPG called Noumenon, which was inspired by Franz Kafka’s “The Metamorphosis”. The rest, as they say, is history!

You are known for working with the Firefly franchise. How did you get to work with Firefly? What kind of an experience has it been?

In 2012, I was part of a consulting team that was working with Margaret Weis Productions to discuss the possibility of a Firefly RPG. Then, following that initial series of conversations, I was brought on as line developer and lead writer after MWP acquired the license to produce a game based on the TV show. Following that, I shepherded a corebook, convention preview, book of adventures, and two additional supplements in less than two and a half years. With that under my belt, I was approached by Titan Books to write The Gorramn Shiniest Dictionary and Phrasebook in the ‘Verse, which was released April 2016.

The experience has been positive overall, and it’s taught me a lot about the nuances of business arrangements between publishers and TV/movie studios. It’s also highlighted how important fans are, and how devoted they are to what they love. I really enjoy working on Firefly, if only because I’ve had the opportunity to examine the ‘Verse and its characters critically while adding new setting material as well. If I had to pick one highlight, it would be my interview with Jenny Lynn, the show’s translator and voice of the ship, Serenity. The Q&A appeared in the book from Titan, and it discusses her role and how the Mandarin and Cantonese was used in the show. Perfect for Browncoats everywhere!

In addition to Firefly, you have worked with games and stories from many different genres, from vampires to zombies and Dungeons & Dragons. Do you have a favourite genre?

Ah, this is a hard question! I tend to enjoy genres with a darker feel, provided I can do something new and interesting with the material. I don’t “just” like to write about vampires, for example, unless I can reinvent them or subvert tropes and clichés. To that end, I spearheaded an anthology called Upside Down: Inverted Tropes in Storytelling which was published by Apex Book Company. Each writer picked a trope to examine, and the results are amazing! I’m very proud of the work I did as editor and Kickstarter maven to pull that collection together.

How do you view the role-playing scene in USA? Where is it headed? What are the things you are most excited about and what are you hoping from the future of RPGs in the US?

Right now, the U.S. market for games is following the same trends that are happening in the book trade. There are more games being produced, thanks to crowdfunding, than ever before. It is a gamer’s market, because they have so many great games to choose from produced by first time designers and publishers re-introducing classic or nostalgia games like Torg Eternity and Prince Valiant, which I wrote adventures for, as well as Seventh Sea and Deadlands 20th Anniversary.

Because there are more games being produced, publishers are seeking ways to attract new players while retaining existing fans to stay financially viable. The number of copies sold per RPG is not what it once was for many reasons, and of all games produced today D&D Fifth Edition is still the most popular game compared to all others. Crowdfunding is one way publishers have been able to generate interest and produce amazing material, but there are new methods of getting interest in gaming leveraging Twitch TV and community-created content via websites like DMsGuild.com.

I have been a long-time advocate for new players, and I am most excited about new opportunities to build communities and ties to books, comics, TV/movies that allow players to have a “hook” into gaming. Players tend to stick around if they have fun, and thankfully there is no shortage of ways to introduce them to the hobby. As far as I’m concerned, gaming in the U.S. will continue to grow and shift alongside new technologies and innovations to create new experiences. The challenge will be figuring out how to attract and retain players despite all the changes to come, because there are so many games to choose from.

What has been your all time favourite project?

Oh dear, it’s impossible to pick just one! Lately, I’ve been enjoying my work on Scarred Lands, because the setting is really, really cool. I’m also the developer for Hunter: The Vigil 2nd Edition, and have been having fun working with a stellar team to create the new edition. Plus, I’ve got some other gigs in the pipe I can’t talk about just yet, too.

One of the things I love to do on all my projects, is to pop in a few easter eggs for fans of well-known properties like Firefly, Vampire: The Masquerade, Shadowrun, etc. To me, it’s a lot of fun to do something extra for existing fans who notice that attention to detail. And, as a creator and a fan myself, it allows me to give back through the work.

What has been the best LARP you have participated in?

The best LARP experience I’ve had, is when I played the Houses of the Blooded LARP designed by John Wick. At conventions, I often want to play LARPs, but run into the challenge of joining established groups who’ve already figured out their own way of doing things. In the Houses of the Blooded LARP run by John in Vegas years ago, I used that to my advantage. In the game, you could write secrets on sticky notes and put them on player’s backs (without their knowledge) for further interaction. Most of the people were so focused on their established relationships, they didn’t notice the newcomer running around scheming—I am a Vampire: The Masquerade player after all—until the very end. At the big reveal, when the starring players were sitting around untangling plot revelations, one after the other they pointed to me in shock. “That was you?” I still laugh about that!

A Talk of Darkness

Come and join Guest of Honor Monica Valentinelli and operations director Matt M McElroy from Onyx Path, as they meet up with WhiteWolf lead storyteller Martin Ericsson and game designer Juhana Petterson, for a talk about the world in which all of their careers entwine: The World of Darkness. The game industry and storyteller veterans talk about their love for the lore and share war stories from their respective careers. The talk is moderated by renown cosmologist, writer and role playing enthusiast Syksy Räsänen.

How do we Attract and Retain New Players?

Gaming has grown by leaps and bounds in the past ten years. With the increase in RPG, LARP, card, board, mobile, IFF, and game publications, new players are added all the time. Whether they stumble into our communities or discover conventions for the first time, they are out there. How do we make new players feel welcome and retain them? In this seminar, Monica Valentinelli discusses tips and tricks to do just that!

How to Create Your Own RPG

Dungeons & Dragons. Monsterhearts. Firefly. Nuomenon. While no two systems or settings may be exactly alike, all role-playing games require tons of work to put together. From designing and testing the rules to finding artist, RPG creation is a complex and finicky undertaking. How do you do that? In this seminar, which she gave at Origins University in 2014, Monica Valentinelli walks through the process of creating an RPG from start to finish.

Guest of Honor Monica Valentinelli leads a team of players through a one shot campaign. Join them to see how their characters survive the darkness of the 17th century. ”In 1690, violent clashes, supernatural beliefs, and demonic influences spelled disaster for Salem Village and its surrounding towns, while others fought werewolves and vampires on the frontier. With so much at risk, only god-fearing men and women were deemed innocent — and those were few indeed. You play a hunter in these dark times, forced to question your fellow villagers to discern friend from foe and bring them to justice the way hunters know how.” Game System Used: Chronicles of Darkness Game Length: 3–4 hours.

Signing up for tabletop role-playing games