Three of the most memorable mythic characters from the world of Glorantha in their latest incarnations. Runequest Characters ©2019 Chaosium Ltd 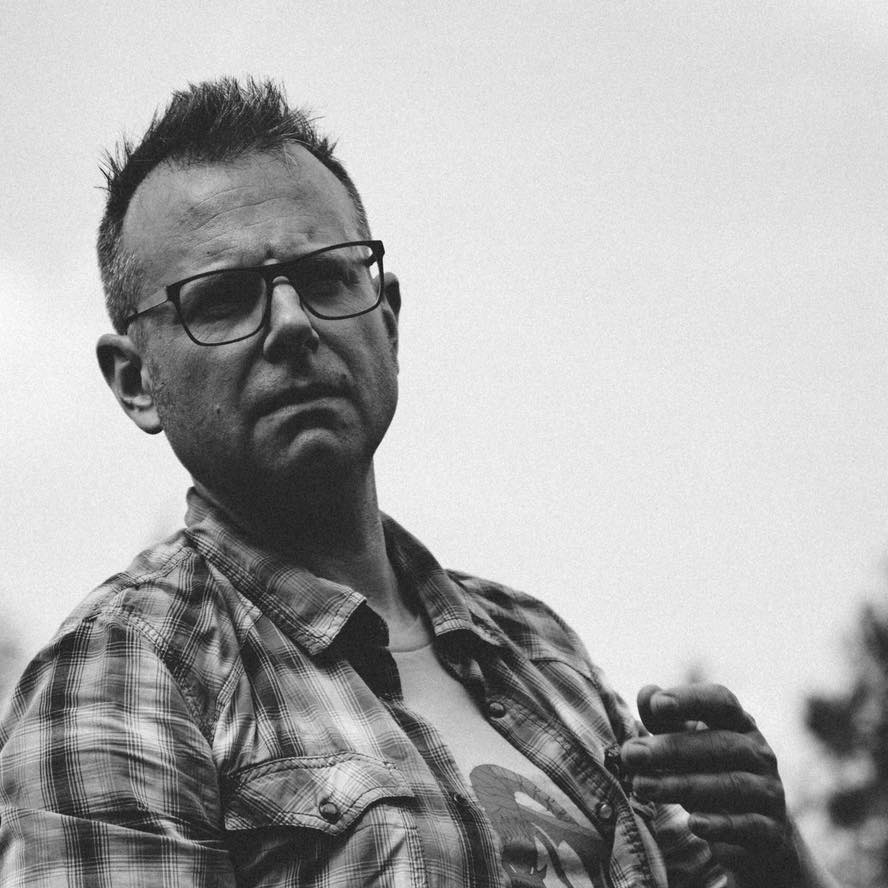 Jon Hodgson is a game designer, illustrator and cartographer from Scotland. Hodgson is known in Finland for his illustrations in productions such as Dungeons & Dragons (3rd – 5th editions), Pathfinder, Warhammer Fantasy Roleplay (1st, 2nd and 4th editions), The One Ring, Beyond the Wall, Warhammer Historical, and Dragon Warriors. Hodgson worked as a designer in Adventures in Middle Earth and as a Creative Director at Cubicle 7. Hodgson has been a popular guest in other conventions, featuring as a Guest of Honour in GenCon for two years in a row.

Hodgson’s latest project is his own publishing company Handiwork Games. Together with Ken Hite, they collaborate with Onyx Path Publishing on productions such as Hellenistika, Beowulf (5th edition) and Scarred Lands. We hear that new projects are also on the horizon – more on that when Hodgson arrives at Ropecon! For Hodgson, visiting Ropecon has been a goal for many years now, so he is especially excited to finally attend the convention.

Ropecon’s theme this year is mythology. Do you have a favorite mythology you use to draw inspiration and imagery from for your art?

Right now I’m reading a lot about Anglo-Saxon mythology for our upcoming game Beowulf, and that kind of early medieval era has certainly been a huge influence on my work. It can be hard to sift through what is Victorian-era invention, and what is something closer to historical belief, but taken at face, value I find North West European myths really engaging.

I’m also a big fan of Greek mythology and that was probably my very first contact with the kinds of imaginative worlds we like to play in. Greek mythology is so well respected as part of “the classics” that it was a lot easier to find in books when I was growing up. 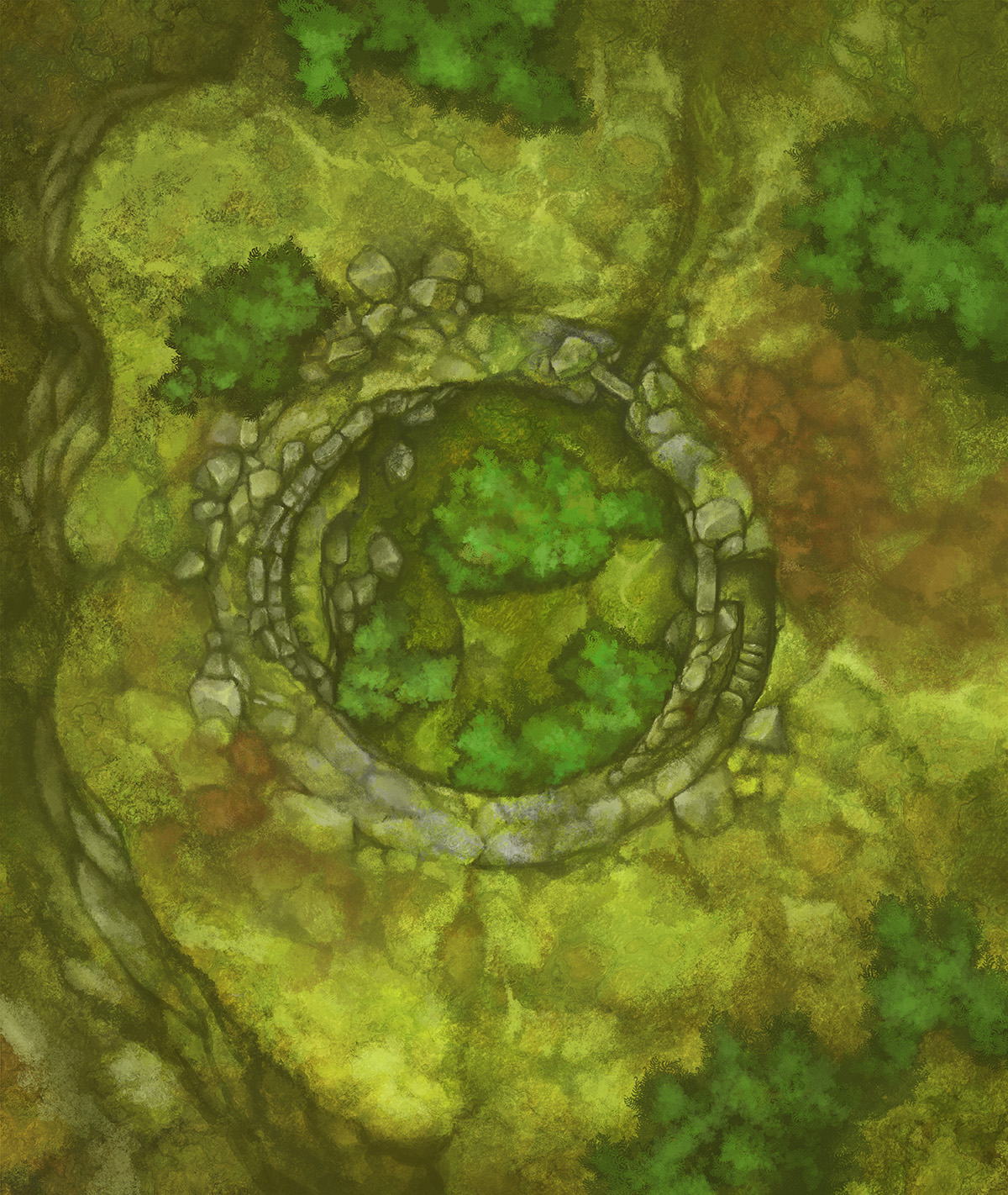 Maps used to rule gaming tables and were the central pieces of pen and paper RPGs. What is the role of maps in roleplaying games nowadays? Are they as central for the gaming experience as before? What is their role in modern RPGs?

With D&D 5e being so massively popular in the US, good “old fashioned” gridded battle maps are back in fashion in those circles, and I’m not sure they will ever go away, nor would I want them to. There’s a lot of fun to be had building these miniature worlds, and that kind of prop is very useful in action games where relative positioning is important.

Of course roleplaying games are a much “broader church” than just the latest edition of D&D. Another kind of map we’ve been working on recently is a relationship map combined with a historical sea map that predates the kind of satellite imagery we’re used to. Through researching that we’ve been looking at Inuit maps, and I highly recommend looking into those. They’re mind blowing!

I think maps in the broadest sense are about making sure everyone playing is imagining something similar, so you can work together to make the game world or story really work.

Streaming RPG sessions online (for example in YouTube) has become popular around the world, although Finns often watch the international ones. What do you think about the streaming of games in this way? Is there anything else out there other than D&D? Do you follow some RPG streaming sessions yourself?

For me, it’s a time issue. I barely get enough time to play my own sessions, so having the luxury of watching someone else’s is currently out of reach. The small parts I’ve seen are great, and I think streaming has achieved the impossible – it’s made roleplaying cool and aspirational. But then I think that has occurred in so many fields. We geeks “won”. Mainstream television, movies, books are all filled with “geek” material now. So it seems natural that roleplaying has made its way onto Youtube/Twitch and so on.

Can you tell us about your recent projects, what’s new?

So I’ve been amazingly busy this year! At Handiwork Games we’re working on “Beowulf”, which is a really cool mythic setting for 5th Edition. It allows you to play with one player and one DM with lots of great additions to the ruleset. That’s progressing really well. I’m hoping to bring along some example material from Beowulf to Ropecon.

I’ve also been very busy behind the scenes on Runequest for Chaosium. I’ve made several covers, and a bunch of concept pieces, which will be used in a variety of formats. 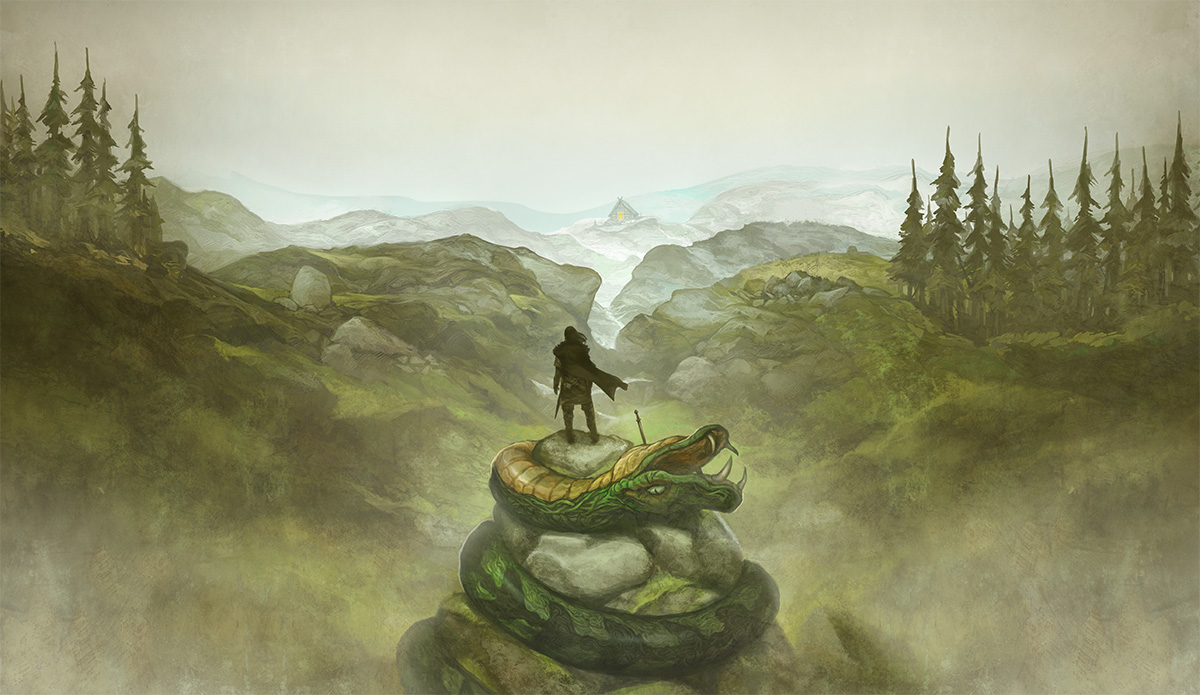 Any projects out there that are not yours, but ones that you are expecting with excitement?

Yeah definitely – “Wolves of God” from Sine Nomine Publishing looks great – it’ a much more historical version of an Anglo Saxon setting – where our “Beowulf” is all mythology, Wolves of God is the real world of that age. The new edition of The Hero’s Journey from Gallant Knight Games looks very good too. I’m also very keen to see the new edition of Pendragon from Chaosium, and Pax Arcanum by Francesco Nepitello too.

It could be said that board games are going through, well, a “third coming” of a sort (the first one happening after WWII and the second one taking place in the 80’s with Trivial Pursuit). What do you think it means that board games and analog games in general are making such a strong comeback now in the era of digital games, and why is that? What could the roleplaying scene in general learn from this, what does it mean to us who are in the scene and do you think we are going to join in the boom?

I have no hard evidence for this, but I think how much time we all spend in front of screens and on social media has meant people are looking for more analogue experiences. The idea of a family board game night, or “Friday Night Magic” really resonates with people. No one knows how long this boom will last – one assumes it can’t go on growing indefinitely, but habits do seem to have changed, and a lot more people are now permanently board gamers than a few years ago.

I think we’re already enjoying the boom in RPGs. Tiresomely, I’ll mention 5e again – it’s a massive hit, and more people are playing D&D than ever before. And while a lot of people get upset that there are “better” games out there, I think that’s missing the point. D&D is where so many people start roleplaying – so when D&D is doing well, we all do well. Add in the amazing opportunities that crowdfunding gives to smaller projects and I think we’re in a golden age. 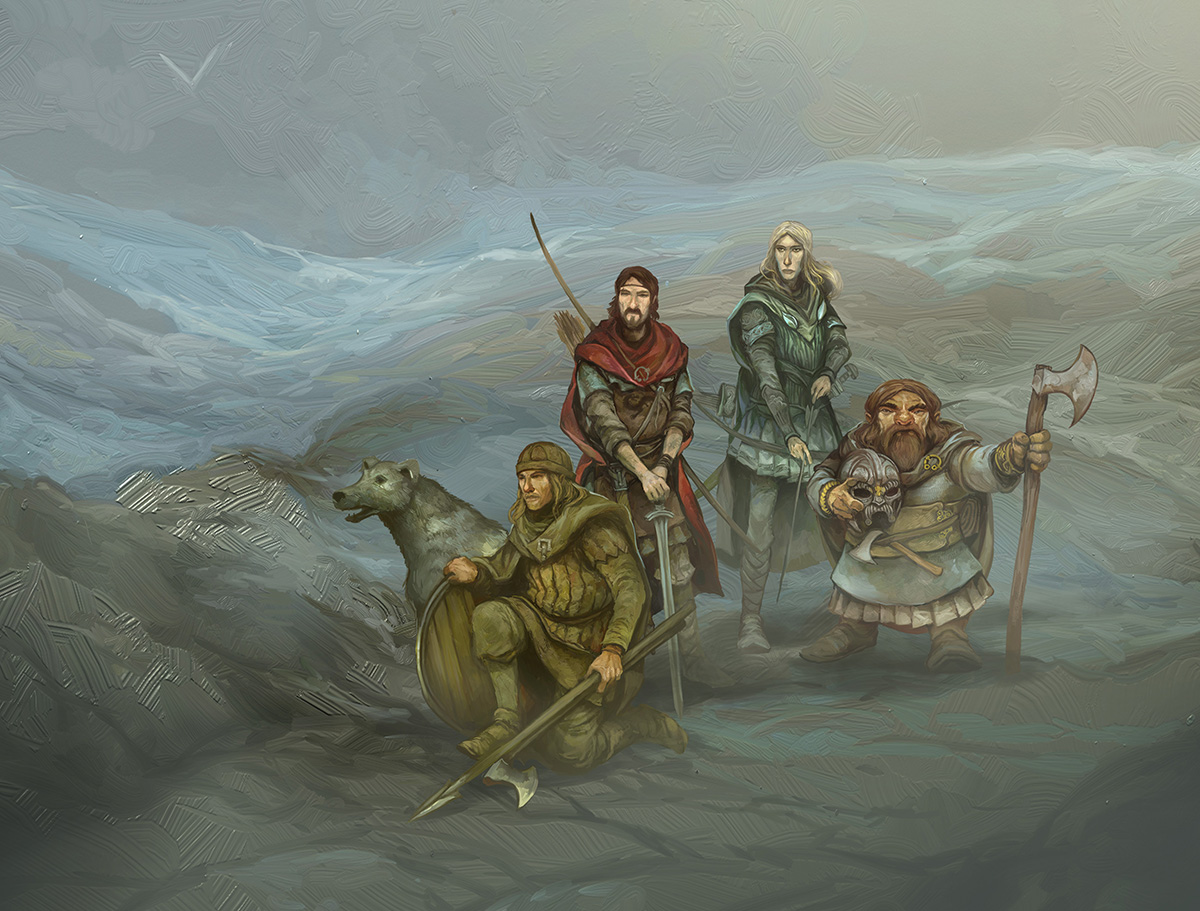 For comparison, it could be said that pen and paper RPGs used to be in distress but the 3rd edition of D&D saved the day, so to speak. Have you seen other analog games do the same and how could we take advantage of or learn from this, in your opinion?

I’m going to assume RPGs are not booming in Finland? They pretty much are in the UK and US markets, which I’m more familiar with. I however, I do think there is always more to learn, and the accessibility of board games, the ease at which you can pick up and play, the different kind of time investment, and the beauty of the physical product are all pointers in the right direction.

There’s a balance too. We’ve seen many roleplaying games that present a very simple way to pick up and play, but they seem to lack the longevity of play, and often the production values of more complex, traditional games.

We Finns always love to hear what others think of us, so go ahead. And you are married to a Finn!

Heh heh rumours of my marriage to a Finn are slightly exaggerated – my wife is half Finnish, half Scottish. She speaks way more Helsinki slang than she’d care to admit, however. My father in law is definitely a Helsinki boy! Family legend has it that his grandmother used to clean the Helsinki train station clock face.

So, anyway, this could be a very dangerous question if I answer wrongly! I really love to visit Finland, and the culture is very different to the UK. Forgive me for speaking about the UK in order to talk about Finland – We have a lot of unspoken behavioural rules in the UK – our manners are extremely complicated, and I guess that comes from having a lot of people crammed into a small island. Finland is very different, with a much smaller population in a lot more space. So people get on differently. And that’s always very refreshing when I visit. It’s mind-blowing to a UK person that there is no word for “please” in Finnish.  I also love the investment Finland makes into its society and people. I hope that maybe one day Scotland being a similar sized population could work the same way.

On the whole, I’ve found Finns to be very thoughtful, sensible people who value things that make a lot of sense to me. 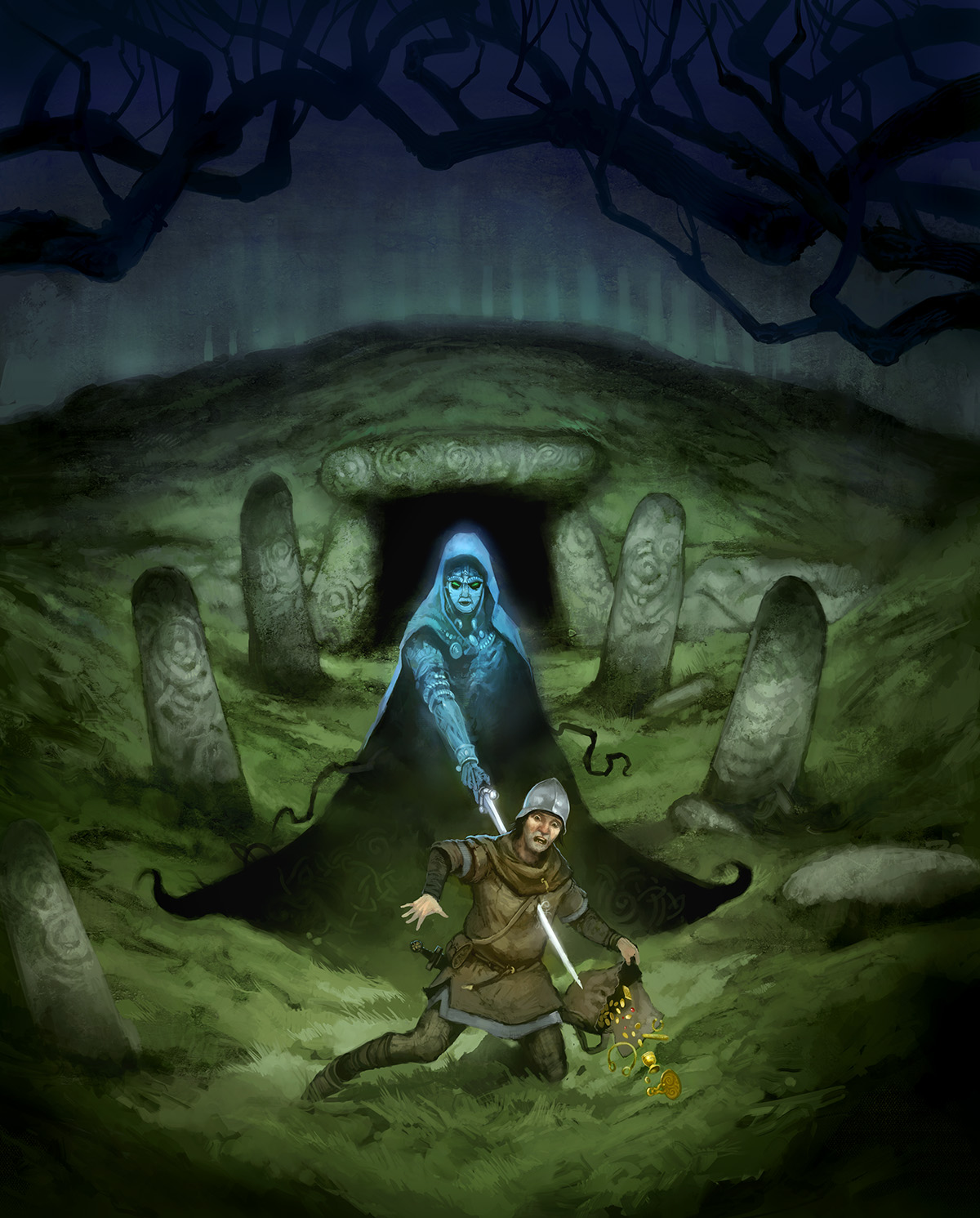 I’ve spent a bit of time in a couple of comics and games shops in Helsinki, so while I’m far from an expert, there was an unholy amount of MERP (Middle-Earth Role Play by ICE from the 80s) on sale. Not quite sure what that means.

More seriously I’m anticipating a lot of really cool cutting edge stuff – there seems to be a real dedication in Northern Europe to that really deep dedication to exploring the fringes of what our hobby can be, so I’m really excited to see what I find at Ropecon!

What are your expectations for Ropecon 2019?

Honestly? I’m really looking forward to being back in Helsinki, and I’m just going to relax and see what I find! 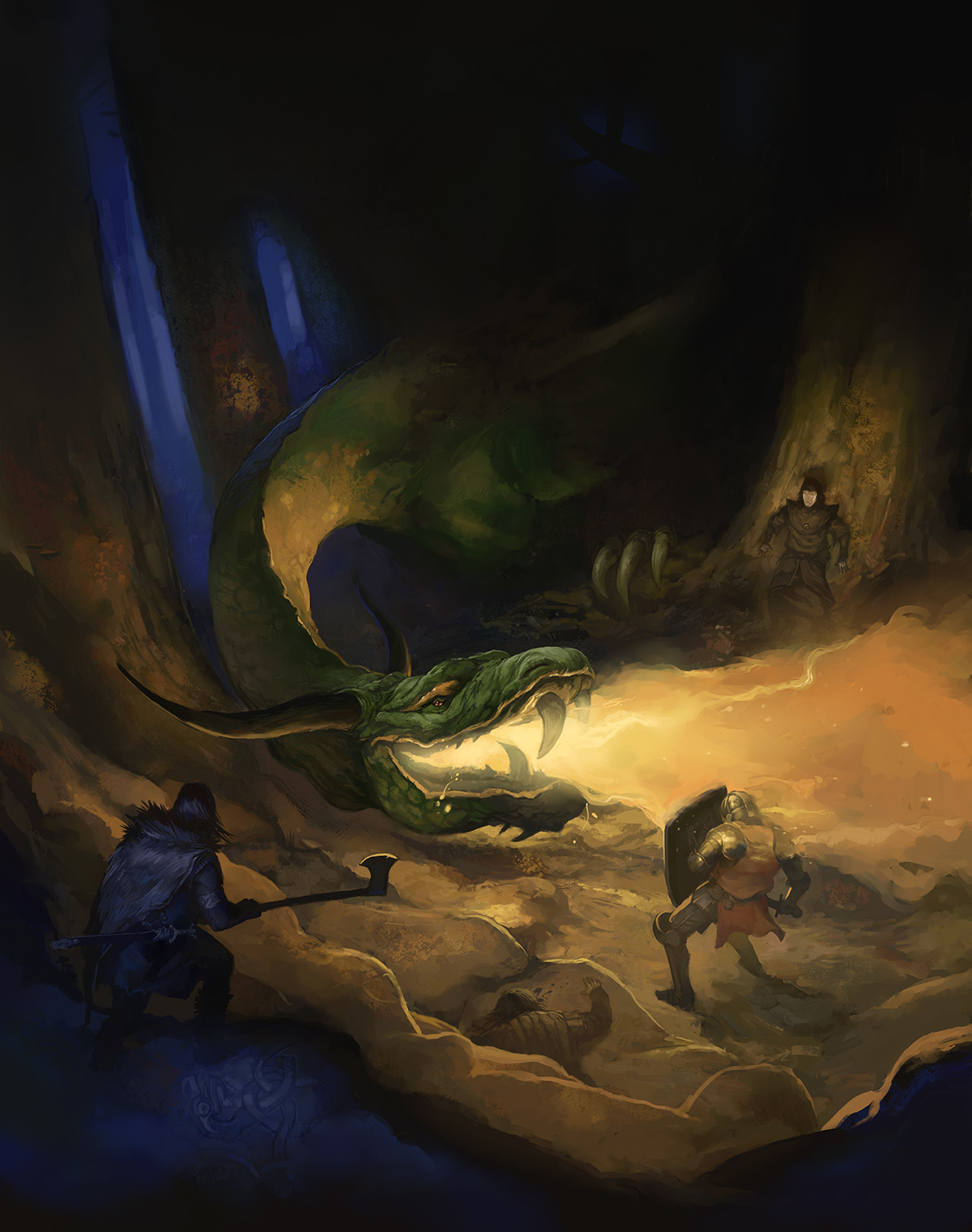