We are happy to announce that the Danish professional larp organizer, author and entrepreneur Claus Raasted will be a Guest of Honour at Ropecon 2016. 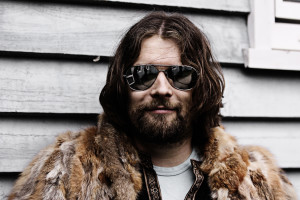 Claus Raasted is a 36-year-old professional of larping.

Claus Raasted is a firebrand who believes larps can change the world. He has been a professional larper since 2002, has 20 books on larping to his name and is one of the two owners of the larp company Rollespilsakademiet.

The company’s activities combine larping with learning. Several organizations, daycare centres, educational institutions, confirmation school groups, libraries and marketing departments of companies have had the chance to try roleplaying. Rollespilsakademiet has also implemented an interactive exhibition at a museum through the means of larping.

He is probably most famous for the Harry Potter -inspired College of Wizardry larps, but has been active in larp organizing since 1995. The man’s handiwork also shows in the Downton Abbey -spirited Fairweather Manor larps, that were started as cooperation of a Polish-Danish team.

”This will be my second Ropecon. My hopes are simple, really. I hope to meet old friends and learn new things. And hopefully have more than 20 people come hear my presentations!” Claus laughs and adds, “which was I had in 2005, when someone had scheduled my talk at the same time as American Guest of Honour Bill Bridges”.

In eleven years there’s a lot of room for one or two things to happen in the roleplaying scene. Let us come in great numbers to listen to what this brilliant speaker has to say!

Claus Raasted will participate as a visitor in the Nordic role-playing conference Solmukohta arranged by Ropecon association from the 9th to the 14th of March. Who knows, perhaps we will hear some of the thoughts of the larp guru even before Ropecon.

You can find all the Guests of Honour for Ropecon 2016 here.

Doctor John Gardiner-Garden is a dance teacher, researcher, performer and much, much…

The Theme of Ropecon 2019 Is Mythology

Every year a theme is chosen for Ropecon by its organisers. A…