Deed of the Year goes to Ilona Lamminen

Ropecon has awarded Ilona Lamminen with the Deed of the Year 2016 award for her thesis Noppia ja sanataidetta: roolipelikerho kirjastossa (Dice and word art: role-playing clubs in libraries). The thesis focuses on events produced in the city library of Kouvola, and it was published by the Turku University of Applied Sciences in 2016. 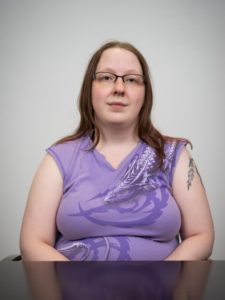 The thesis discusses role-playing games from the wider viewpoint of library functions, and the jury especially emphasizes the value of having a guide aimed for library staff for starting role-playing clubs in local libraries. The guide is invaluable in making role-playing more visible and in spreading the hobby among young library users.

The Deed of the Year award is presented for a project, publication, event, or other deed done in the field of non-digital gaming during the calendar year from the previous Ropecon to the current event. The award is presented by Ropecon, the largest volunteer organized role-playing event in Europe. The award is decided by a panel of experts, comprising of long-time organizers and volunteers from the field of non-digital gaming.

A program track for the current and future professionals in gaming

How have role-playing games benefited the people working in the game industry?…

Deed of the Year 2018 award for Suomen roolipeliseura

Deed of the Year 2018 awarded for Suomen roolipeliseura. Established in the…